“Social distance” for us is a nightmare“. How Portugal Exits the Covid-19 Quarantine

Portugal was one of the first countries in Europe that implemented strict quarantine, when there were only 112 confirmed corona cases. This strategy worked well: there are 24500 cases and less than 1000 deaths registered in the country, the numbers in neighboring Spain are twice as high. Portuguese expert Ricardo Pires explains to The Insider why it is so difficult for people in the country to maintain social distance, how this situation threatens human freedom and why Portugal can't deal with the economic crisis without help from EU.

There are some experts that name Portuguese approach in fighting coronavirus - a miracle. I wouldn’t go that far… There are many details that can explain this so called miracle, but the most important one, was that the people by themselves, even before the government ordered the lockdown, started a voluntary confinement. Information and media in general, played an important role, for that the news that kept arriving from Central/South Europe were sufficient to make us decide: the sooner we take action, the sooner it would all be over. This may sound strange… but the lack of confidence that Portuguese people have to politicians, made us take the matter into our own hands. Of course, being a small country, with one of the lowest purchasing power in EU, only one terrestrial boarder and three airports (in the mainland), makes a difference regarding control against a pandemic crisis.

I would say the ability to adapt helped us to fight epidemic crisis better than many others. Due to the virus and the forced confinement, we saw things happening that normally would take years or even decades to implement. Remote work, remote health, remote commerce. Being able to find solutions for people to keep their jobs and the economy running was also helpful. Having a good Health System, and applying measures like ensuring free access for all foreigners to that same Health System, was also important for these results.

In middle February, when China was in total chaos, the information from our health authorities was a mess… First they said that the virus would never reach us, then five days later they said that it might reach us, but it would be harmless, then five days later they said that we would have to prepare to close the boarder. This kind of misinformation makes people think that it would be safer to get to self-quarantine and wait for the information that makes sense. Even after the “emergency state” was declared, the information even regarding the use of masks was miserable. In the end we see, that the strategy of how to preserve our lives has been correct, although the timing of its implementation may still be in dispute.

Neither Portugal nor any of other countries in Europe were prepared to deal with this crisis. Most of the measures were taken reactively, for instance the purchase of ventilators, masks, face shields and tests. At the moment, Portugal’s capacity to hospitalize severe patients is 1,205. The number of severe patients was never higher than 250, which means we are at 1/5 of our total capacity. At this time, it was not even necessary to reach out for the help of the Private Health System which is able to provide even more capacity in the situation of outbreak. Although many industries changed their production process, in order to start producing masks and face shields, maybe for several months more we will still need to import this items from China.

It’s not a matter of the strategy being right or wrong, because it’s the only strategy possible. If we want to preserve our way of life, people and business need to have access to money, otherwise the economic cycle will be broken, and that poses a major threat to life that we are used to. The big issue in this strategy, is that the resources of the governments are not endless… Any Democratic Government in any part of the world is nothing more and nothing less than the amount of taxes it gets form its people. That why all the money that the government will use to “reimburse” the people and the businesses will eventually have to be paid back some day… in taxes. But like I said, its the only correct thing to be done.

The supportive strategy changes from country to country, depending on their own financial capabilities.  Regarding Portugal, it is obvious that the help has to come from the EU. Unfortunately we are not a rich, it means that we have to seek for help, just like we have done during the crisis of the sovereign debt in 2008. The good news, is that those who are in need of help this time, are not “just” Portugal, Greece and Ireland, but instead all of the EU, with Italy, Spain and France leading. The way the money will be distributed, and the type of it (Funds Vs Loans) is the “million dollar question”. If the help comes on a Loan base, we have to get ready for very difficult times ahead.

The main victims of this situation are the workers of private business, owners of small businesses, small services providers, private contractors, art workers, performers, tourism as a whole, but also the poor, the ones who live by the charity of others… those need to be looked after. When it comes to health we shouldn’t be concerned, due to the good health system that we have, but if unemployment reaches numbers above 15%, this may mean that people will not die of the virus, but eventually they may find themselves in poverty. The ones who will survive, will be the ones that are ready to adapt rapidly to new jobs, new businesses and new opportunities, which always emerge as a result of any crisis.

From now on, we will all have to live our lives with these words in mind: “social distance”. And believe me, for a Latin Culture like Portugal, Spain or Italy… it’s a nightmare! We are by definition, Emotional people, we seal deals with a handshake, a hug and a kiss! We cry, we love to touch, to care, to feel the other person, to say “I’m sorry” or “I love you” holding one's hand. We wipe the tears away from the face of crying ones, we hold, we embrace… Things will tend to become colder, more distant, at least until we have a vaccine available. One of the biggest challenges we will face in politics. In times like this, we watch Populism emerge, both far right and far left. News and opinions about how the “State” should play a decisive role in times of pandemia, tend to infect the minds of people on how important it is to have more governmental Control in our lives, and it is extremely dangerous. For instance, China without any doubt is a very effective country when it comes to pandemic control, and as we all know, it’s not a Democracy. Hopefully we will be able to deal with this crisis without losing our freedom. We have to!

China is very effective when it comes to pandemic control, and as we all know, it’s not a Democracy. Hopefully we will be able to deal with this crisis without losing our freedom. We have to!

The plan is to come back to normal life gradually and with caution, I’m absolutely convinced we are coming back to a “new normal”, and this means new personal hygiene standards, new working schedules, new remote ways of work, keeping social distance at all time, but we have to come back. We will have to protect the elderly, but without jeopardizing the future of the children. Another point on behalf of a slow comeback, is that isolation is starting to have a negative impact on our psychological health, with the numbers of domestic violence and divorces rising more than the death toll.  On the other hand, we have to look at the numbers, and fear has to be turned into confidence. For instance, the total number of deaths from Covid-19 worldwide is today, more or less 200 000. The median age of this total is 81,5. In Portugal, the life expectation in 2017 was 81,1 years. This may be controversial, but to remain in a complete lockdown until the virus disappears - is utopia. We have to prepare infrastructure objects like hospitals and get them ready for the worst case scenario. Anyway, gradual return to a “new normal” is essential.

There is no right answer to the question "what is more important - economy or health". It cannot be asked as if one opposites the other. In democracies with economic liberalism one cannot exist without the other. Let’s pretend a choice has to be made… No one in their right mind would choose economics over health, right? So a complete lockdown would be enforced until the complete eradication of the virus. For how long could government sustain all the population, without collecting taxes? The answer: 1 or 2 months at most... And this is the main reason why almost all countries are slowly easing their lockdowns - this situation is unbearable. The longer the government helps, the higher will be the bill to pay by the tax payers. Health came always first, and by making this choice, we bought ourselves enough time to prepare to return to a “new normal”. Just let’s face it, until a vaccine is developed, the virus will be around, it won’t just simply disappear. Learning to live with it, is a challenge we have to face.

Until a vaccine is developed, the virus will be around, it won’t just simply disappear. Learning to live with it, is a challenge we have to face

At this stage I would divide all the people into three types in terms of their risk-taking obligations. We have public sector non essential workers: life in confinement poses no threat for their future, because the government secures 100% of their wages and their purchasing power loss equals zero. They don’t need to take any risks, and in general they are against easing the quarantine. Then we have public essential workers (police, doctors, nurses), they take risks on a daily basis, but their wages are also 100% secured by the government. Besides the risks of the virus itself, their economic future is safe and they are also against smoothing the restriction measures. And the last group, private sector workers that already faced a 30% wage cut in the beginning of pandemic. They are the ones in a risk of unemployment or a bigger wage cut, and they are forced to come back to activity in order to save their lives and the lives of their families. For them, the government offers just a small palliative and they are willing to take the necessary risks to get back to work and regain the life they had before March 2020.

As I said before, this problem has no solution without the EU intervention. Even countries like Germany, will need financial support. If it is a loan or a non refundable help… that’s the question. The countries with stronger economies, like Netherlands, Finland or Austria are very skeptical about non refundable aid and prefer loans, which poses a problem for countries like Portugal, Greece or even Italy, who have public debts far above the limit. In this cases, non refundable aid would allow the economy to normalise much faster and with lower tax weight for the people. As it was already announced European Union needs a support package to recover from the crisis caused by the pandemic of about €1,6 trillion euros. A detailed plan will be announced on the 6th of May. 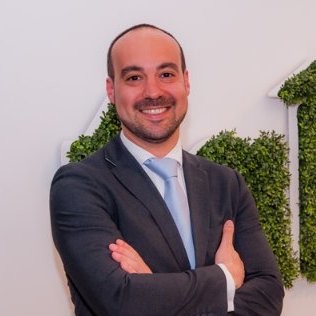